By Richard Cunningham // Words and Photos: Colin Meagher except where noted. This story originally appeared on PinkBike – May 20, 2012.

A lot has been said about Chris King Precision Components: bicycle jewelry… precision defined…gorgeous, but so expensive…worth every penny…too expensive…environmentally responsible…finicky – you need proprietary tools to service them… Some people love them; some people think they are nothing but hype. What’s the real story?

In the ’70s, a sometime bike builder and machinist in Santa Barbara, California, named Chris King sought to find a better path. It was the era of flower power and free love. Mountain Bikes didn’t yet exist. Road biking fandom was innocent of the drug-fueled scandals of today. And bicycle headsets pretty much sucked.

Chris grew up well entrenched in that hippy culture. “California was full of hippies and tree hugger types. I was just one of those guys,” stated Chris, as we discussed his formative years in becoming the industry icon that he is now. 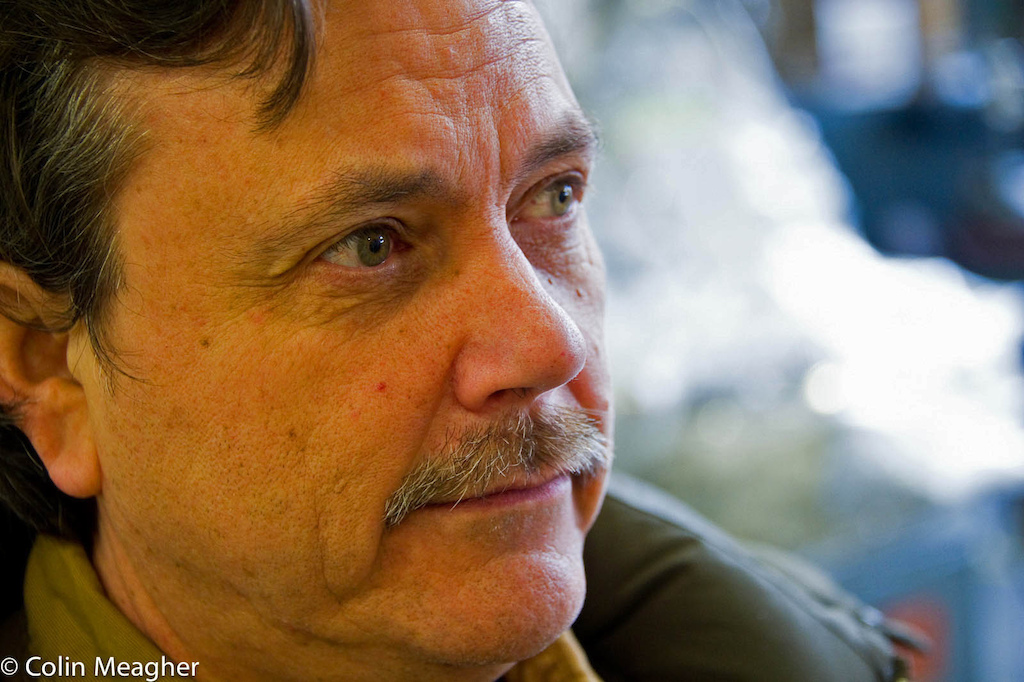 Chris King: “You can find a middle ground in becoming more technologically advanced as a race and a species. You just need to figure out how to not destroy your world at the same time that you are advancing like that. I figured, well, I should be able to find some kind of middle ground I could pursue that, while having some elements that could be considered destroying things, would at the same time be considered as contributing to our advancement (as a race). And ultimately bicycles made a lot of sense: super efficient, and yes, it’s technology, but its one of the smallest (environmental) footprints that you can imagine as efficient transportation.”

At this time, Chris was working to pay the bills, welding up a few frames to feed his bicycle centric passion, and (of course) riding bikes. In his spare time, he’d tinker with bits of bikes in the machine shop, and share those bits with his fellows at the “pro” bike shop in Santa Barbara. A then well established individual in that shop who was normally disinterested in Chris’ bits finally took aside this young Chris King and offered him a piece of what is now sage advice:

If you really wanted to make something cool, you’d make a better headset.

He then went on to explain what was wrong with current designs, and off Chris went.

“We tested one of the early ones on a guy who raced in Europe all summer. He deliberately rode it loose almost the entire season,” recalled Chris when I toured the Chris King facility this past February. “When he got back, we tightened it up, and it was perfect. Mind you, this was in an era when guys who rode a lot would go through a headset a month. On the road, of course—mountain bikes didn’t exist yet. We were all blown away.”

A simple display at Chris King’s desk marks the humble beginnings and the current place in bicycle history for Chris King: an original headset, a current headset, and a piece of the Camino Cielo roadway in Santa Barbara, the original home for Chris King, and the namesake for his line of bicylces. The black headset on this stand was used by Lance Armstrong in the Tour de France.

Read the full story on PinkBike